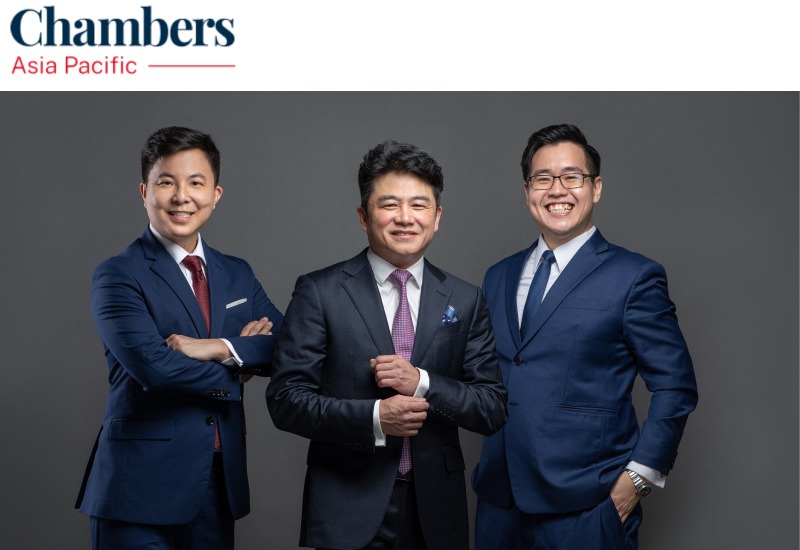 Dato' Lim Chee Wee maintained his Band 1 individual ranking. Chambers described him as having a broad practice spanning competition, oil and gas, and fraud cases in Malaysia, among others. He is described by a source as "a top-notch lawyer who is very knowledgeable."

Lee Shih maintained his Band 4 individual ranking. Recognised as having a robust practice acting on contentious restructuring, as well as shareholder disputes. He handles cases in a range of sectors in the Malaysian market, including energy and finance. One source describes him as "a superb tactician."

Will Sen is ranked as the sole Up and Coming lawyer. Listed as being well versed in handling litigation and arbitration, including expertise in aviation and natural resources matters. A commentator identifies him as "a rising star who is adept at working with international clients."

The full write-up on LCWP can be found here.

Chambers and Partners is an independent research company operating across 200 jurisdictions delivering detailed rankings and insight into the world's leading lawyers.